California continues to lead the nation in electric car sales.

But it must drive a long, hard road before it can achieve its goal of getting 5 million emissions-free cars on the road 12 years from now.

That’s the message of a new report, which found that while sales of battery-electric and plug-in hybrid vehicles last year rose 29 percent over 2016, the state’s total remains under 400,000 — less than 10 percent of the 2030 goal set by Gov. Jerry Brown this year. 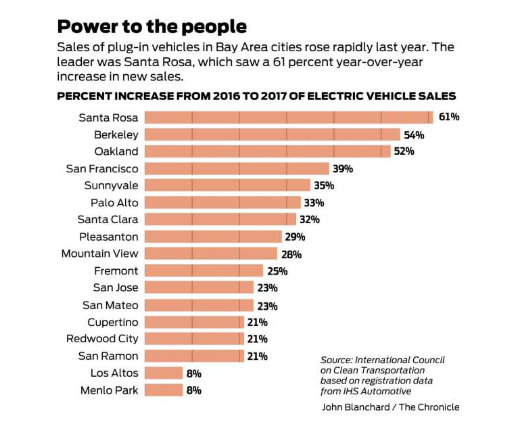